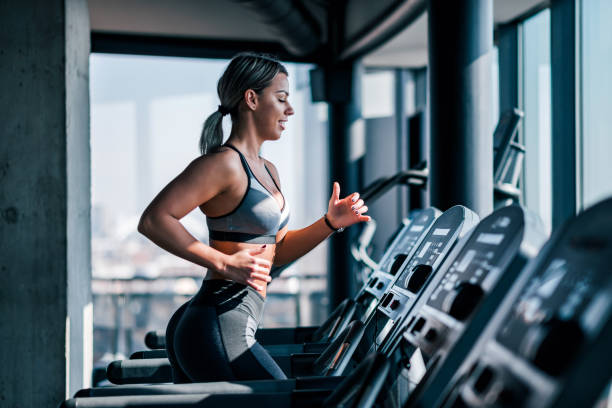 Let’s All Do Our Part

It behooves each and every one of us to take global warming seriously and do our part to reduce the amount of carbon dioxide we spew into the air we breathe. It will be many decades before we can wean ourselves from fossil fuels (of which we have more than enough for ourselves, and to sell to our buddies around the world). In the meantime, all of us has a sacred duty to do what we can to foster cleaner power generation.

We’re all aware of the obvious ones: wind, solar, hydro and nuclear. But I believe there are others that should be obvious to any woken observer. For example, just the other day, I was on  the way to the golf course for an early tee time when I passed a fitness center. This one happened to have large windows, offering a view of the workout spaces. Plain to see were members young and old, male, female and other, running, pedaling, lifting, rowing and thrusting in or on various contraptions that would not have looked out of place in the torture chambers of the Tower of London.

What if, I asked myself while keeping one eye peeled on the road, all of these contraptions were wired together to generators connected to the grid or to storage batteries? How much clean energy could the nation’s fitness fanatics provide for their families, neighbors and friends? Some way could even be found to wire the stuff in our own homes into the system. That might even provide an incentive for actually using that dusty treadmill in the basement.

As I continued my journey, I crossed over the Des Plaines River. While it’s an unlikely location for a mighty dam, it got me to thinking about hydro power. As you may know, many of our fellow Americans get their power from dams like the Hoover, Grand Coulee and Tinker’s. And many parts of the South only got electricity when the Tennessee Valley Authority damned up its many rivers to provide cheap and abundant power, as well as water for drinking and irrigation . Water, I thought to myself, has even more great untapped potential!

We make use of it before it arrives in our homes and businesses, but what of after? Just the other morning, as I was shaving, I heard the unmistakable sound of rushing water in the wall behind the nearby toilet. As it happens, there are three apartments above me and one below. The entire building includes no fewer than 60 similar units, many with not one but two toilets! Imagine if the power of all this rushing liquid could be somehow harnessed?

And that’s just the toilets! How about all the sinks? Then add my modest building to the hundreds of thousands – or is it millions? – of mighty apartment and office buildings that dot our great land, and you have torrents that could turn vast turbines! And how about the beer-fueled urinals at Wrigley Field and other sporting venues? It’s easy to imagine the flow keeping the lights on for night games.

And why only harness the power of wind with those huge blades that dot our rural landscapes. Their average size is 116 feet, or 20 times longer than yours truly. It is not unknown for the odd blade to break off and cause havoc to nearby cattle or pickup trucks. Just this morning, I was watering the plants on my balcony when it occurred to me that modest-sized (and shrouded) wind turbines could be clamped on balconies, roof tops, street lights and other convenient places, all wired together and making the power grid hum. The blades could even be multi-colored to create a rotating rainbow effect!

I’m sure my faithful readers can come up with their own ideas to save the planet from boiling over. I’ll happily put them all together and forward them on to the Department of Energy. As you know, sometimes bureaucrats overlook simple solutions in their quest to overcomplicate and delay. I’m sure many of them would give up their naps to save the planet.