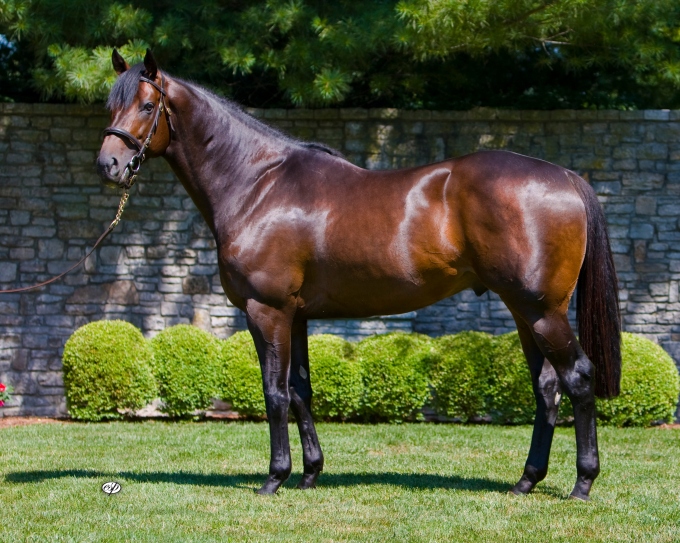 They Just Love to Run

This year, the Kentucky Derby will be run on Saturday, May 5. It will be the 144th renewal. Only the Travers Stakes at New York’s Saratoga Race Course, run since 1864, is older. Both races are for three-year-old thoroughbreds only; interestingly, the August Travers is often called “the mid-summer Derby.”

On average, about 15 million people will watch the Derby, or roughly 10 percent of Americans with a television set. It is the first race of what has come to be known at the Triple Crown. The second, the Preakness Stakes, is held at Pimlico in Baltimore two weeks after the Derby; and the last, the Belmont Stakes, three weeks after that at the same-named race track in New York. If a single horse has won both the Derby and the Preakness, the ratings for the Belmont will exceed that for the Derby. After a long delay – it was last done by Affirmed in 1978 — American Pharaoh achieved that feat in 2015.

(I should mention that thoroughbred racing was once the most popular spectator sport in the United States, and it was no accident. In most states, on-track wagering was the only form of legalized gambling. Were that still the case, that 15 million audience would be doubled or even tripled in size.)

Most Americans will remember other Triple Crown winners like Secretariat, Seattle Slew and Citation, just as they remember Baseball’s Most Valuable Players like Willie Mays, Tom Seavers and Billy Williams. But only hard core baseball fans will remember MVPs like Harry Byrd, Bob Allison, Curt Blefery and Carl Morton, just as some Kentucky Derby winners like Giacomo, Sea Hero, Ferdinand and Hoop Jr fade into the past.

Just as one year’s crop of rookies is more notable than another’s, so it is with race horses. Those of us who have been following the sport for a long time will remember 1957, the year that featured Bold Ruler, Gallant Man, General Duke and Round Table; and who can forget 1977-78, when Affirmed and Alydar battled back and forth, with Affirmed winning the Triple Crown and Alydar missing it by a total of a single length over the three races?

This year might feature such a rivalry. Last Saturday, Justify – in only his third start – easily won the Santa Anita Derby; and a week or so before that, Mendelsson won the UAE Derby in Dubai by more than 18 lengths. Both are American-bred sons of the deceased sire Scat Daddy, although Mendelsson – the highest priced yearling sold at public auction in 2016 – has been raced and trained in Europe by the members of the Irish Coolmore breeding and racing group. (That’s Scat Daddy in the illustration. He was only 11 when he died; most stallions produce into their 20s.)

On the day, I plan to bet both horses to win, and to pair them in an exacta box (which is a bet where you have to bet two horses, either of which can win as long as the other one finishes second). I frankly won’t win much. I hope you watch the race and see how I’ve done.

Coincidently, yesterday’s e-mails brought me a notice form Arlington Park that tickets for Arlington Million Day are now available for a discount. The three Grade 1 turf races that day (August 11) are the only important races left on Chicago’s calendar. Arlington was once one of the most important centers for summer racing in the country. Now, it struggles to retain third rate status. For example, the average daily purse at Arlington last year was $197,000. Purses at overlapping meets at other tracks include Belmont Park in New York at $792,000; Del Mar in California at $532,000; and Saratoga later in the summer in New York at over a million dollars a day. The purses at the New York tracks are supplemented by other forms of gambling, as are the purses of increasing numbers of tracks around the country. If you owned horses, where would you race them?

Probably not in Illinois. Why? Those of us who live in Illinois know the reason. How can we expect a state that has become the laughing stock of the country for its inability to solve its fiscal mess take the time to save racing? It somehow managed to permit video poker in local taverns, but acting to save horse racing in Illinois seems beyond them. Could it be that donations from established gambling organizations are somehow related to this? Perish the thought.

So, if you live in Illinois, you can eventually expect the tracks to close as the land they’re on becomes too valuable to devote to marginal operations. You will then have to go to Indiana to watch thoroughbred racing. On the upside, you may well run into old friends who have moved there permantly.

7 thoughts on “They Just Love to Run”