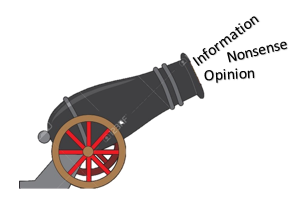 I didn’t have any thoughts this week worthy of 700 words, so here are some that rose to the surface, and then receded before I could fully hook them.

I had planned to travel to New York last September to see the Frank Lloyd Wright exhibit at the Museum of Modern Art (MOMA), which, with the Avery Library at Columbia University, is now the major repository of his work. Fate intervened and I had to cancel the trip. In conjunction with the exhibit, MOMA produced a catalog – Frank Lloyd Wright: Unpacking the Archive. Looking through its some 250 pages — which barely scratch the surface of an archive that contains some 55,000 drawings, renderings and sketches, which not even the three-volume Complete Works pretends to encompass – it once again became clear to me that Wright was the greatest architect of the 20th Century.

From time to time, it has become fashionable to denigrate him, particularly by disciples of Mies van der Rohe, Corbusier, Walter Gropius, or Louis Kahn, among others. But any fair review of the work, built and unbuilt, must lead inevitably to Wright, and even for some early doubters eventually does. I’m reminded of Philip Johnson, no mean architect himself, describing Wright as past his prime in the early 1930s, only to admit later in life that he had been mistaken; indeed, that jealousy had probably played a part in his earlier opinions.

President Trump is already preparing his acceptance speech for the Nobel Peace Prize, although he will modestly leave it to others to nominate him. He exhibits his inevitable and tiresome bravado because North Korea’s Kim Jong-un has agreed to meet with him to discuss the de-nuclearization of the Korean peninsula, among other issues.  Because he does not read, and the past is thus a mystery to him, he seems unaware of the baleful results of past negotiations with Kim’s father and grandfather. He should be reminded that in former agreements, we did what we agreed to do, and the North Koreans did not. Nevertheless, if an agreement is reached and this time they actually comply, I’ll nominate President Trump myself.

The #Me Too movement has broadened its focus on sexual harassment to once again call attention to gender bias in employment. In its ideal world, at least half of jobs in all professions and areas would be held by women. On the surface, this seems reasonable, but like all attempts at quotas, it doesn’t square with reality.

The real question should be this: how many women want to go into a specific profession or jobs? Clearly, they want to go to medical and law schools, for they now account for 51 percent of students in these schools. If this increases to 55 percent, should we be concerned about bias toward men? Within medicine, 82 percent of residents in obstetrics and gynecology are women. Could it be that this specialty appeals to more women than men?  And could it possibly be that women just aren’t interested in orthopedic surgery, where they make up only about 14 percent of residents?

The problem with quotas is that they simply ignore reality. We should be looking instead at areas where there is actual bias. For example, although there has been considerable progress, women have yet to achieve full salary equality. And we should certainly be looking closely at cases where qualified women are not being given equal access to available jobs that they want and are qualified for. But we should also accept that women prefer some kinds of jobs over others. Study after study has shown that women tend to choose fields that seek to make the world a better place. If this means they would rather teach than carry a gun, let’s be grateful. And at the risk of being accused of heresy, are there not women even now who think raising children is a worthwhile vocation?

7 thoughts on “At Random”