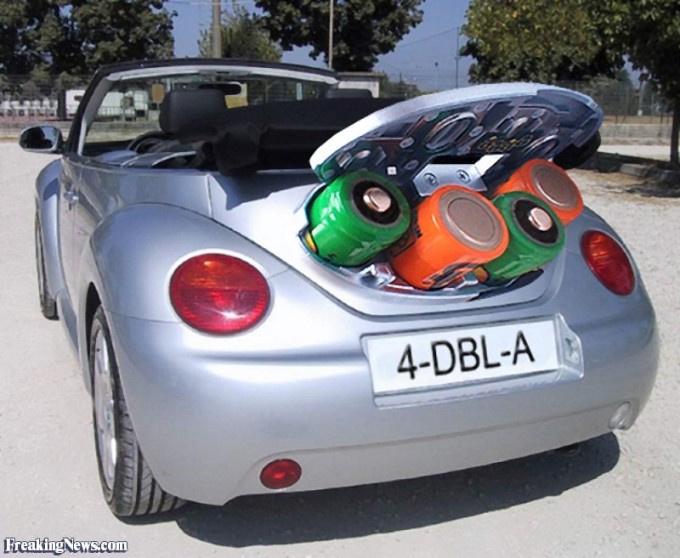 Proving once again that initiative and imagination are the hallmarks of Illinois politicians, State Senator Martin Sandoval (D, Chicago) has proposed to close a loophole tax-break granted to the tree huggers who drive all-electric cars. It seems to have occurred to him that people who drive these saviors of the environment are actually paying no fuel taxes!

This shocking fact came to light as he and his fellow legislators were cooking up a scheme to double the gas tax to 44 cents a gallon and increase the vehicle registration fee from $98 to $148, with the intent to fund a massive public works program (a boon to the contractors and unions who so generously donate to our fine politicians). Of course, some years before, they had passed legislation providing financial incentives for owners of electric vehicles to buy them and install charging stations. What were they thinking? So, to redress this injustice, Sandoval proposed to charge no less than $1,000 a year to license electric cars.

It may be that Sandoval thinks that electricity is free, or at least untaxed. In fact, taxes are paid both by the power provider and the consumer, so every time the vehicle is charged, the state gets it share. And, by the way, in case you thought that electric vehicles had no negative effect on our air, have you ever considered what is used to generate most electricity? While we’re making great strides in wind and solar power, most of our power comes from plants fueled by those old polluters, coal, oil and natural gas; so, while no smoke comes out of exhaust pipes, it most certainly does from power-plant chimneys.

While the $1,000 figure is likely to be somewhat reduced in the final version of the bill, in the meantime the Democrat legislators are merrily continuing their assault on corporations and the rich. In another exciting development, the Illinois Senate will take up a bill already passed by the House that would require Illinois’ corporations to include women and minorities on their boards of directors. Now, I happen to think it’s a good idea for corporations to have diversity of opinion and experience on their boards. But I manifestly do not believe it’s any government’s business to tell a private company how it should govern itself. If their shareholders demand such a change, that’s their prerogative, because they own the business.

There is a growing belief among so-called “progressives” that only the government can solve society’s problems. Bernie Sanders and his ilk would not only have the Federal government take over health care, but all education as well. And his acolytes are busy taking every opportunity to shout down those who might disagree. In response, their opponents dig in their heels and even helped elect that amoral buffoon, Donald Trump president (and might do it again if they’re not careful).

Illinois, instead of making a sincere effort to solve its fiscal mess, thinks only of raising taxes and further annoying the corporations that employ its debt-ridden citizens. If you actually trust them to solve your problems, you need only look at the Department of Children and Family Services for inspiration.

3 thoughts on “The Lord Giveth…”