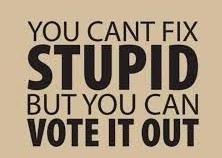 It would appear that President Trump has failed to win a second term. Although the numbers have surely changed since then, on Wednesday, November 11, he had 4,924,464 fewer popular votes than President-elect Joseph Biden. Biden, of course, also had more than the 270 electoral votes he needed for election in our quaint system (which is unlikely to change).

The president, and many of his supporters, find this impossible to believe. Indeed, they are flooding the internet with the usual conspiracy theories, all of which will turn out to be false. I am reminded of the president’s own consternation in 2016 when – although he had won the electoral vote contest – he couldn’t accept that Hillary Clinton had gotten more popular votes. He convened a special commission to look into the rampant vote fraud that had contributed to this outrage. They found almost none; and certainly not enough to have materially affected the election. It’s funny how, when you have to raise your hand and tell the truth, the so-called witnesses to vote fraud don’t actually step forward.

Trump of course, being Trump, says he won this election. Some of his more weaselly supporters in the Congress are only too happy to aid and abet him. Senator Graham, whose betrayal of his friend John McCain was stunning even for a politician, has suddenly become an expert on the rampant corruption in Philadelphia; as has the smart but oily senator from Texas, Ted Cruz.

(Although I don’t think there’s much election finagling these days, I’m reminded of the Chicago politician who told me that they encouraged the denizens of Chicago’s Madison Street skid row (long gone) to vote Democratic by passing out half pints of cheap whiskey. He also said it was only to counteract what the Republicans were doing down state!)

I have friends and relatives who voted for Trump. Most of their reasons for doing so were political or economic. As a conservative myself, I can almost sympathize with them. If the Republicans had nominated a sane and principled candidate, I likely would have voted for him or her. They didn’t, so I didn’t. Most are going to eventually accept Trumps defeat and hope for the best.

But far too many are going to buy into one or more of the conspiracy fictions that are polluting the internet. Some of you reading this are already guilty of  forwarding them to your weary and unwary friends. Please stop. Or do you really believe that if you tell a lie often enough, it will eventually become true? You can’t really believe it’s all true, can you? Give it up and try to find a Republican candidate for 2024 who tells the truth and  gives a crap about the other guy.