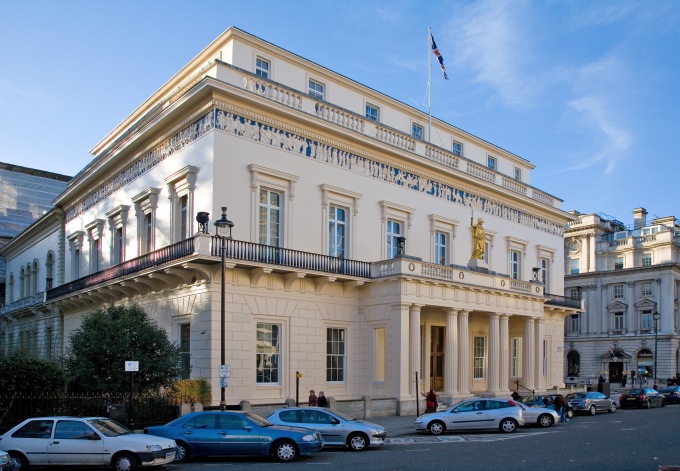 In the shadowy recesses of the Drones Club in London is a room that remains firmly locked, except for the quarterly meetings of a small group which has no name. Some call it the “Evil Cabal,” but all secretly would wish they could become a member.

It has only five members – one each from the United States, Great Britain, China, France and Kafiristan. The chairmanship rotates; this year’s is the distinguished Napoleon of Crime, James Moriarity. The United States is represented by Richard Cheney; China by Mao Fae Dung; France by the Bourbon pretender to the throne, Louis XX, Count of Anjou; and Kafiristan by Daniel Dravot, III. All arrive at the club dressed as tradesmen, and are escorted to the secret meeting room by the Cabal’s recording secretary, Augustus Fink-Nottle.

Moriarity opened the meeting: “Gentlemen, I welcome you to our fourth-quarter meeting. As is our usual custom, we shall go around the table for brief reports from the members. Perhaps this time we shall start with the distinguished descendent of our former member, Chairman Mao. Dung, if you will?”

“Thank you, Mr. Chairman. As you know, we successfully launched Covid-19 upon the world, while limiting its effects in our own country. I’m happy to report that our factories are humming again, while much of the rest of the world is out of work and starving.”

“Most impressive, I must say,” said the chairman. “Dick, let’s hear from you.”

“We were able to build upon the efforts of our Chinese friends by encouraging the president and Republicans generally to first deny its existence, then to minimize the need to control it. As a result, they turned to our friends in the pharmaceutical industry to save the day. As we suspected, money was no object, so I trust your investments in Big Pharma are paying rich dividends? Of course, I’ll keep an eye on things and  let you know when it’s time to sell.”

“Dick, we can always count on you. Louis, how are things going in La Belle France?”

“Our clandestine project to encourage Africans to float over to France has been an unqualified success. As you know, the French hate a foreigner, especially black or brown ones, even if they speak French. The government is at its wits end, and there are already murmurs in the cafés for a return of more authoritarian rule – so I stand at the ready.”

“Le Roi de France certainly has a ring to it! You’ll let us know what’s proper to wear to a coronation, I’m sure. Daniel?”

“Our friends in Afghanistan, Iraq and Iran continue to do their level best to stir up trouble in the region, but I’m afraid the nincompoop in the White House is determined to abandon his friends in the region.”

Moriarity rubbed his chin pensively: “Well, that actually brings us to our first agenda item, next month’s US election. How do we punish Trump? As you know, we already have started spiking the water and soft drinks in key states; and have deployed the brain wave machinery. Any other ideas?”

The subsequent discussion went on for an hour or so. Finally, the chairman said: “Well, gentlemen, as usual you have come up with some capital ideas, but I propose we now pause for lunch. Gussie, what’s on the menu?”

“A garden salad, followed by a club special, kidney stew, all washed down by an ancient Hock from our cellars.”

“Splendid! After lunch, we can discuss how to monetize the mess we created with Brexit; and how to steal Putin’s billions from under his nose.”