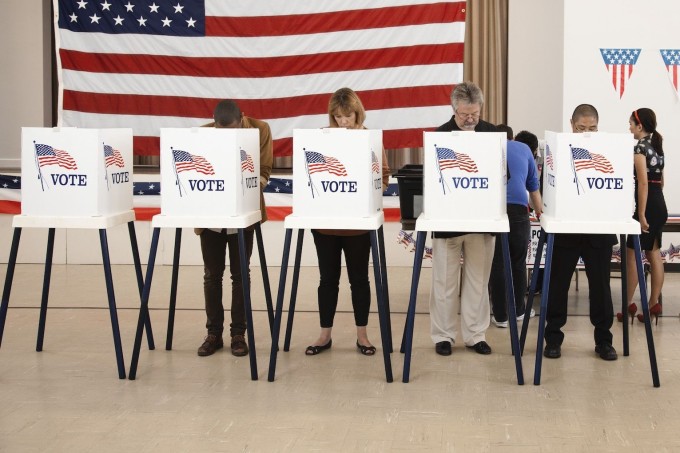 Because of the pandemic, last November many people chose to vote by mail, if that choice were offered in their state. Because of this, the former president cried foul and said this resulted in the election being swiped from him. No substantial evidence has been found to support his claims (yet numerous goofballs in Congress and some of their constituents continue to rail on).

Absent a good reason – and the pandemic was certainly one – I personally believe people should vote in person. In Illinois, where I vote, it has always been possible to cast an absentee ballot if needed for health or when out of state on election day. I doubt the state is very strict on investigating ones reasons for requesting such a ballot, other than requiring you be registered to vote, which you can do in person or online.

As far as I can recall, I have been registered to vote in Illinois since 1960, except for stints in the Army and in Minnesota. My registration has been continuous since 1970, and I have voted in every election since then. As I understand it, you only need to prove citizenship and residence to register in Illinois. It can even be done on election day. Actually showing up in person is symbolic and insures that you are casting a secret ballot – a hallmark of real democracies. It’s also possible to vote in-person early, also in a private booth.

Proof of citizenship is strangely not required in some local elections, but is required by Federal law. Illinois requires presentation of a valid driver’s license or a Social Security number. Absent one of these, I suppose you could supply a birth certificate or a valid passpoort. On election day, you need only sign your name.

No state should require more, particularly if their intent is to restrict certain kinds of voters (i.e., members of the other party). But in this, as in so many things, states can go their own merry way. The pandemic is only one example of “state’s rights” run amok.

In case you think otherwise, it’s not really possible to eliminate election fraud completely. But it’s also naïve to think it’s the province of only one of our political parties. In  this regard, let me tell you a story.

I once had a couple of years of interesting employment as director of public information for Chicago’s Department of Public Works. I left after discovering that Mayor Richard J. Daley wasn’t particularly interested in the public getting too much information. One of my associates was an old campaigner who had worked many elections for the Democratic party. He told me they used to buy cases of half pints of cheap whiskey to pass out to the denizens of Skid Row in exchange for their (Democratic) votes. It was also well known that cash also changed hands to insure a high turnout.

When I questioned the legality of this, he pooh poohed my concerns by saying these tactics were only necessary because they knew that downstate Republicans were stealing an equal number of votes! In his mind, it was only good defense!

Anyway, going to the polling place – usually within walking distance – is the best way to both exercise your democratic rights and of getting your vote properly counted.

One thought on “Voting Simplified”