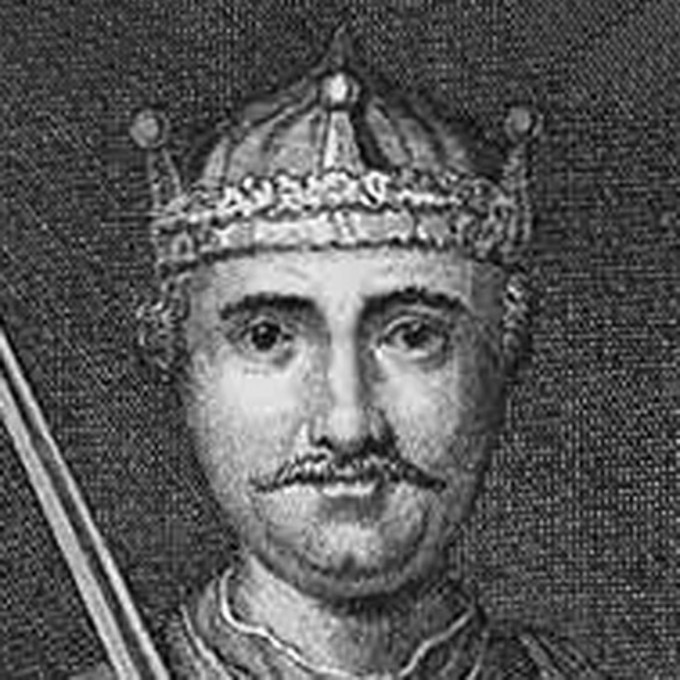 We historians constantly strive to keep things simple. When the profession was struggling to come up with a handy name for the period between the Dark Ages and the Renaissance, one of our brighter luminaries (Carlyle, as I recall) said: “You know, it was a period midway between the birth of Christ and this very day, so why not call it the Middle Ages?” So there it is. What could be simpler?

Of course, like much of history, this may well have to be reevaluated in the future. Imagine the historian of the 30th Century. He asks himself why everyone calls the Middle Ages the Middle Ages when to him the Middle Ages would have been the 15th Century, which we now know as the Renaissance. One could of course get bogged down with such questions; so we must let the historians of the future do what we ourselves do today – change history to suit the needs of the times.

Such questions aside, when did it begin? Most competent authorities believe the Battle of Hastings was the true beginning of the Middle Ages, since it isn’t easy to think of anything important happening before 1066.

William the Conqueror, by the way, wasn’t always known as William the Conqueror. He started as simple William, Duke of Normandy. He often walked the beaches of his realm and wondered what lay beyond the horizon (actually, on a clear day he could see what lay there; it was England). As a young lad, he had heard tales of the strange goings on over the water and determined some day to extend civilization to the heathens there. When he heard they didn’t speak French, the die was cast.

Offering the usual incentives of plunder and free land, he gathered an army and set sail in 1066. After a trouble-free passage, he landed on the coast, which seemed the most sensible approach. King Harold, who had just defeated Tostig and Harold Hardrada (no relation) of Norway, soon learned of this new threat to his throne and turned to face the new invaders. The two mighty hosts met at Hastings. The Normans prevailed and Harold was killed in the battle. His son, known as Childe Harold, escaped and went into exile.

Harold was the first known victim of that well- known truism: always avoid war on two fronts. Poor Harold (as he’s come to be known) really can’t be blamed, since he simply wasn’t aware that William was on his way. When he found out, flush with his victory, he coined what has become a very popular British expression – “Bloody Frogs!”

It took William a few years to conquer the entire country. This was greatly facilitated by the construction of the Tower of London in 1067. When the Saxons rebelled in 1070, they chose as their leader Hereward the Wake, with predictable results. After their defeat, the Saxon nobles disappeared into Sherwood Forest, where they subsisted for the most part by robbing the rich and getting rich themselves. One of their numbers, Robin of Locksley, actually shared a bit of his ill-gotten gains with the poor and has been famous ever since, if more or less unique.

Relations between the Normans and Saxons improved somewhat under Richard I, who is known as the Lion Hearted. After returning from the Crusades (and a spell of captivity for ransom in Germany), Richard pardoned all the Saxons, making Robin Earl of Locksley. Other of his followers were handsomely rewarded as well. Friar Tuck became Bishop Tuck, and Little John became Big Bad John.

After the Lion Hearted died, his Brother John was crowned King and it rather went to his head. He was soon taxing all and sundry and generally making a nuisance of himself. In due course, the Barons had had enough and forced John to sign the Magna Carta (Big Letter) at Runnymede in 1215. This famous document limited the power of the King and enabled the Barons to get some of the spoils for themselves. Later Kings were quite annoyed that John had signed the letter, so his name was never used again in polite society. If his name had been Henry, then presumably there would not have been a Henry VIII, which would have changed the course of history.

A word perhaps needs to be said about chivalry. Since high born women of the time were not encouraged to have sex before marriage, their suitors were forced to worship them from afar (even if they got close, they often discovered the infamous chastity belt, or “iron maiden” as it was sometimes called). Naturally, they comported with women of the lower orders, but spent most of the rest of the time mooning after the remote maidens. Some swains composed poems and simple ditties. If they were brutish illiterates (as was often the case), they would hire a wandering poet/troubadour to do it for them.  A real highlight for them would be when their lady threw them a hanky (unused, one would hope) to tie to their lances before they lumbered into battle. This was considered a good luck token, but it appears to have worked only half the time.

Knights and nobles were always looking for opportunities to shine. Thus, when Pope Urban appealed to the Christian rulers in 1096 to free the holy places in the Holy Land (actually, Jerusalem and its environs), they jumped at the chance. Richard the Lion Hearted was foremost among them. Despite taking forever to get there, they finally rescued the holy places in 1099. Then, as now, killing your enemies in great numbers only made the holy places holier.

Alas, the Muhammadans had their own holy places in Jerusalem and seethed at their loss. They recaptured Jerusalem in 1187 under the mighty Saladin. Not to be outdone, the Christians set out on another crusade. When it didn’t work out, the children of Europe decided to take things into their own hands and 30,000 of the little tykes set out on the Children’s Crusade. It wasn’t anything like a Disney movie and the children who weren’t killed were sold into slavery.

But their noble sacrifice shamed their elders into trying again in 1228. They were successful, but were tossed out again in 1243. Had they persisted, the next crusade would have been the seventh and might well have succeeded once and for all, but they had lost count and suffered the consequences of faulty math. Not for the last time, history was the victim of politicians who couldn’t add.

Now that they had given up fighting the Muhammadans, the Europeans naturally took to fighting among themselves. While we might think that the six years of World War II was quite long enough, the English and French fought what has come to be known as the 100 Years’ War. One might quibble and point out that the wars actually lasted 107 years, but we can certainly agree that there was a certain animosity between them.

(Some might say that some of this animus persists. When the Channel Tunnel was

being built in the 1980s, an English clergyman was quoted as wondering why anyone would want to go to France at all, much less quickly.)

Alas, the rest of Europe behaved little better than the English and French. Most of Germany and Italy were carved into little Duchies and Principalities, which were endlessly squabbling among themselves. One of the consequences of so many petty states, particularly in Italy, was that the market for paintings and other decorations greatly expanded, since even the most petty prince wanted to grace his castle with pretty pictures, including one of himself. Artists who once didn’t have enough work to bother perfecting their talents all of a sudden were working overtime. One of them, Giotto, noticed one day that the people he was painting didn’t much look like the paintings themselves and was determined to do something about it.

While he was fiddling with noses and perspective, to the north a lusty young priest named Martin Luther had just about had it with the church’s main source of income – the selling of indulgences. And in the Celtic areas of France, Scotland, Wales and Ireland, the more sporting of the young men were inventing a new game to while away the cold and rainy days. In case you haven’t figured it out for yourselves, the Three Rs – Reformation, Renaissance and Rugby – were looming over the horizon.