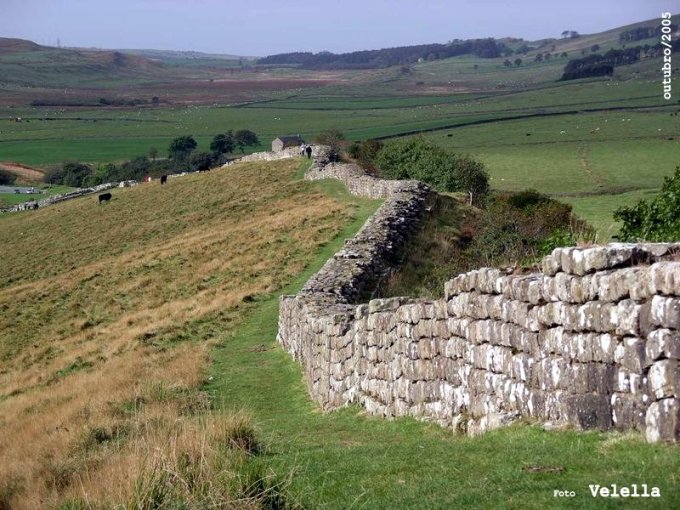 What we now know as the Great Wall of China was begun as early as 700 B.C.E., which means, in case you’re behind the times, “before the common era.” Coincidentally, it was also 700 years before the birth of Jesus Christ, or B.C. as it used to be known. Since religion must not be permitted to intrude upon any aspect of our lives, some brilliant person came up with the term “common era.” I should have thought that the period before the common era would have been the “uncommon era,” but perhaps once again I’m overthinking things.

Anyway, the wall was meant to keep the nomadic tribes from pestering China. Apparently, the depredations of the Mongols, Tartars, Russkies and other bloodthirsty louts had become tiresome and a wall was constructed to keep them beyond the pale, or was it the dale? Over the years, the wall was expanded until the Emperor Qim Shu Huang finished it between 220-206 B.C.E. (see above). By then, it was some 3,700 miles long. Alas, the invention of the ladder by Genghis Khan in 1200 C.E. proved its undoing. Nowadays, after it was rediscovered by Richard Nixon, it’s mostly a tourist attraction.

Hadrian’s Wall in the north of England is also a tourist attraction, but small beer compared to the Chinese barrier. First of all, it’s only 73 miles long, although to be fair that’s coast to coast in this narrowest part of England. It extends from Wallsend-on-Tyne (I kid you not) on the east coast to Bowness-on-Solay on the west. It’s pretty much just a pile of rocks, with the remains of a Roman fort here and there. It was built on the orders of the Roman Emperor Hadrian, who reigned from 117-138 C.E.

It was easier to build a wall in those days. When Hadrian visited Britain in 122 C.E. (are you getting used to this?), he decided a wall was needed to keep the pesky Scots at bay. Those of you who are regular readers of these musings will recall that the Romans were confronted with barbarians who they thought had painted their faces blue. It turned out it was the weather that turned them blue, as anyone who has travelled to Scotland could tell you. Anyway, what the emperor wanted the emperor got, the Senate back in Rome be damned.

It was a classic military make-work project, much like peeling 100 lbs. of potatoes while pulling KP in an Army mess hall, but out of doors. As an aside, when I was in the Army, I was doing just that one day, when I noticed a commercial potato peeler gathering dust in a corner. “Why,” I asked the mess sergeant, “don’t we use the machine?” He gave me a withering glance (part of his job description) and replied: “Then what would you do?”

Eventually tiring of the weather, the Romans abandoned Britain in 410 C.E. By then, they had ruled for nearly 400 years. Things stayed relatively quiet there until 1066, when they were conquered again, this time by the French. They have been trying to forget this ever since.

Quiet reigned wallwise until 1961, when the Russians and their dear friends the East Germans began building the infamous Berlin Wall. It must be said that it was a bit on the utilitarian side, but nevertheless became something of a tourist attraction. Its distinction among walls was that it was designed to keep people in rather than out. Twenty-seven miles of a 96-mile-long wall were within Berlin. Most of it was demolished after 1989, when the various socialist republics decided democracy was more to their taste.

His Eminence, the Right Honorable and All Highest Distinguished Best President of all Times (by his own admission) Donald Trump has decided to join the legendary wall builders by throwing up a wall along the Mexican border to keep those modern-day barbarians at bay. Now, the border with Mexico is 1,954 miles long, which the All Highest reckons can be walled off for a mere $5.5 billion. That’s only about $2.8 million per mile, and pales in comparison with the $20 billion we spend on crop subsidies every year. Nevertheless, yours truly as usual has an idea that should satisfy everyone.

As we know, the president is also anxious to bring our service men and women back from foreign lands. By all means, let us do so. When they’re all back, they should join those serving in this country at our southern border and put to work building the wall. Labor is after all always the biggest part of any construction bill. Not only would it drastically reduce the cost of the wall, but it would be good, healthy outdoor exercise. Of course, it wouldn’t leave anyone to peel the potatoes, so they might have to find and plug in those old mechanical peelers.