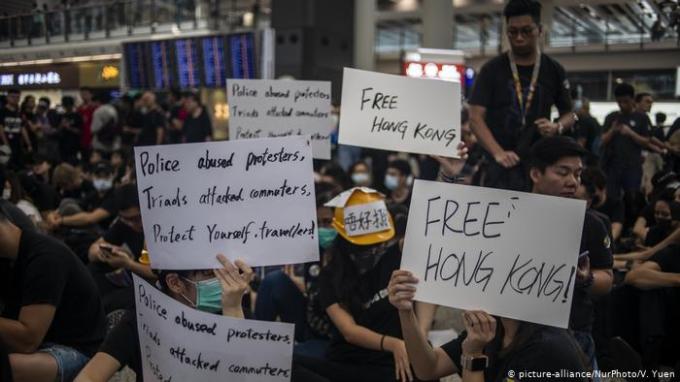 The Truth Has Consequences

It should come as no surprise that the Chinese government reacted in its usual fashion by severing ties with the Houston Rockets after its general manager, Daryl Morley, tweeted support for the Hong Kong protesters. Before he did something of an about-face and claimed that he of course supported freedom of speech, Adam Silver, National Basketball Association president, had tried to placate the Chinese and limit the financial damage to the NBA, which is highly popular in China.

There is, of course, no freedom of speech in China. And the Chinese Communist Party isn’t likely to grant any if it can help it. In case you’re wondering why the Hong Kong protesters are wearing masks, it’s because the Chinese authorities use face recognition technology to identify its “enemies” for future punishment.

We are asked to celebrate cultural differences, but is there no limit? For decades, the Chinese have been stealing our technical and trade secrets. And this thievery has not only been limited to the mainland government. On my first trip to Taiwan, I noticed that most of the goods I saw were pirated. In a hotel bookshop, every book I picked up – bestsellers all – were obvious phonies. Ditto branded clothing. No problem getting a Gucci handbag at a great price.

Please understand that I am quite aware that not all of our own business people are perfectly ethical, but perhaps they’re more subtle? Here’s a personal story that gives some insight into the way the Chinese often do business.

When I was public relations and communications manager for Lions Clubs International, we had our international convention in Hong Kong. To get the convention, the Hong Kong Lions club members entered into a contract with the association that spelled out the responsibilities of both parties. Among the stipulations was one that forbade the local Lions from selling merchandise in competition with the parent organization. Now, my division produced and sold a video of convention highlights. We didn’t in those primitive days have the technology to do the editing and produce copies on the spot to a level of quality that would satisfy us, so took orders for later delivery.

One of the events we covered was an elaborate parade that was and is an annual feature of the Lions’ convention. One of the readers of this blog, and my golf buddy,, Ralph Wagoner, was then the producer and director of the video. He and his crew were on the parade route with their equipment doing their job when they were swooped down upon by the local police and made to leave. This despite credentials that gave them the right to be there.

I can’t say I was shocked when I discovered later that the local Lions had in fact produced their own video and sold it openly just outside our convention venue. And not only the video, but a wide variety of products with the Lions’ emblem emblazoned boldly on them, all of this in violation of the contract they had signed and our copyright.

I can only hope that the young people protesting in Hong Kong represent a new China, but based on my own experience and its long history of authoritarianism, they better keep their masks on for the time being.

4 thoughts on “The Truth Has Consequences”