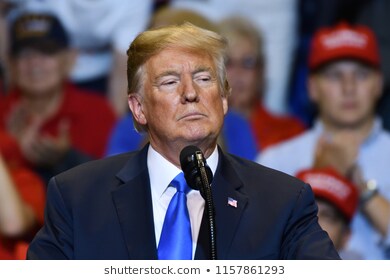 I’ve recently resisted writing about President Trump. The world probably doesn’t need another opinion about him, after all. But recently I’ve talked with some of his supporters, people I like and respect. I won’t stop liking and respecting them, but I would like to remind them and all of Trump’s supporters – including Republicans in the Congress – of something they need to admit and accept: Donald Trump is a bad man.

How bad? Let me just say this: we have had presidents who have knowingly lied to the American public, but in most cases they knew they were lying and did it anyway, sometimes for reasons they thought were justified. Trump lies continuously, and really doesn’t make a distinction between truth and fiction. If he says it, then to him it’s true. He is a classic narcissist; only he is important; only he deserves loyalty (notice how he quickly turns on people who deign to disagree with him).

Everyone should realize that only the courts and the Congress have kept him from ruling by decree. He is less intelligent than Hitler, and has more hair than Mussolini, but he is the same type of megalomaniac.

Anyway, it seems unlikely that the Senate will vote him out of office, even if he’s impeached by the House (but we can always hope!). And unless the Republican Party regains its soul, he’ll probably be their candidate in 2020. If you plan to vote for him anyway, by all means go ahead, but please do so without illusions. Vote for him knowing that he is a thoroughly bad man.